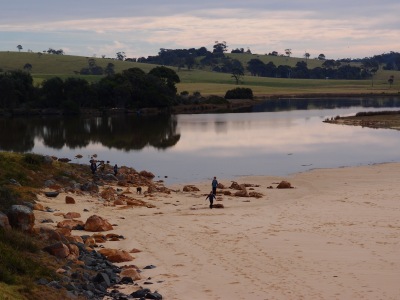 In Summer 2019, I defended my dissertation, Forgiveness in the Public Realm. To read the abstract, click here. I am working on a book manuscript which develops this work.

The following papers are a sample of work under review:

Forgiveness is often conceived of as supererogatory. Acts of forgiveness are (1) good to perform, but (2) they cannot be demanded of their actor, and (3) their omission is not bad. But certain cases which bear on (3) present a challenge to this conception. Isn’t there something bad about refusing to forgive as a matter of general principle? And isn’t there something bad about refusing to forgive a small slight, or a genuinely contrite wrongdoer? In this paper, I defend the supererogatory conception of forgiveness, while offering novel ways of understanding our adverse moral reactions to such cases.

The normative landscape for public figures is highly demanding.

Public figures are often:
(a) subject to stricter normative expectations than those encountered by the rest of us in quotidian life;
(b) subject to singularly extensive systems of normative surveillance;
(c) more exposed when norms (as they are wont to do) undergo change; and
(d) subject to enhanced penalties for social norm violations.

This state of affairs should be concerning to us, the public, on two grounds. First, the fact that some members of our moral community are subject to a more demanding normative landscape raises the prospect of unfairness. We do not want to treat our fellows unfairly, or, so far as it can be avoided, to permit luck to play an outsized role in moral determinations and retribution. The second, related worry is that of hypocrisy. How can we, the public, justifiably impose such strict standards and penalties on public figures, where we do not subject ourselves or our peers to similar treatment?

In response to these concerns, I mount a defense of the apparently unfair and hypocritical treatment of public figures. I defuse the claim of unfairness, and argue that, while the claim of hypocrisy should stick (and motivate us to greater self-scrutiny), it does not operate to indemnify the public figure against historical scrutiny.

Paper about Hobbes and forgiveness

In this paper, I creatively reconstruct Hobbes’ genealogy of value in order to arrive at a plausible story about how the practice of forgiveness might have emerged among creatures like us. I undertake this task to the end of securing certain philosophically interesting observations about forgiveness.

First, my reconstruction of Hobbes serves to illustrate the possibility that a human society might exist without any such practice as forgiveness. Then, against the tendency to regard forgiveness as a value with divine ancestry, it supplies us with a vision of forgiveness as a thoroughly naturalized practice: a human innovation to deal with a human problem. It shows us why human beings might come to invent forgiveness as a means to solve certain characteristic problems of social organizing. Perhaps most interestingly, for the purposes of moral vindication, my Hobbesian account demonstrates that forgiveness could quite well have emerged in satisfaction of selfish, perverse, and even vindictive urges on the part of human beings. It establishes that even where agents are essentially selfish and only come to society as a last resort – even where the normative fabric of society is stretched extremely thin, and where altruism would present as a curious and potentially anti-social perversion – a role for a recognizable form of forgiveness may emerge. And this suggests that, whether or not the practice of forgiveness is bound to arise eventually in human society, it is not necessarily correlated with what contemporary moralists might pick out as the best features of our nature.